Veteran actress Ashalata Wabgaonkar passed away yesterday (September 22) due to COVID-19. The 79-year-old actress had been admitted to a private hospital in Satara, after she reportedly got infected with the Novel Coronavirus on the sets of Marathi daily soap Aai Mazi Kalubai. The Marathi actress' demise has not only shocked the celebs from Marathi film industry, but also from Bollywood.

Actress Shabana Azmi, who worked with the late actress in Basu Chatterjee's Apne Paraye (1980) expressed grief while talking to The Times of India. She said, "I am so sorry to learn that Ashalataji passed away due to Coronavirus. I had the pleasure of working with her in Basu Chatterjee's Apne Paraye. The relationship between the two sisters-in-law was a complex one and she essayed her part beautifully -- warm, loving petulant, childlike and tyrannical in turns -- she brought alive every aspect. I missed watching her on stage but heard many stories of what a force she was in theatre."

Actor Anil Kapoor, who shared screen space with Ashalata Wabgaonkar in an important film of his career, Woh Saat Din (1983), tweeted, "Had the honour of working with Ashalata Ji in Woh 7 Din, a truly talented actress. My heartfelt prayers & condolences to the family."

N Chandra, the director of the iconic film Ankush (1986), remembered her solid performance in the Nana Patekar-starrer. He told the daily, "Some actresses are such that their performances stay with you, so much so that you must work with her. Ashalataji was one such actress. She was very spontaneous. You would not know how she would react in the actual shot. Ashalataji made the grandmother's role memorable and had the audience falling in love with her character."

Also Read : Ashok Saraf Grieves Over Ashalata Wabgaonkar's Death; Says 'I Have Lost My Godsister'
The late actress had featured in over a hundred Marathi and Hindi films, also essaying the role of Shakuntala in BR Chopra's iconic mythological show Mahabharat. 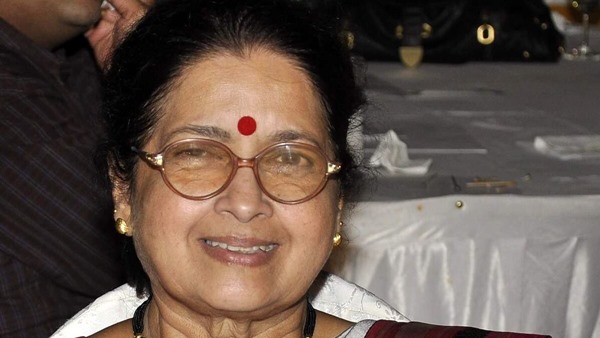