Veteran actor and talk show host Simi Garewal took to twitter to back Kangana Ranaut's stand on public execution of rapists. She states that such heinous crimes should have a public punishment to set an example.

Kangana earlier this week, during the promotion of Panga was asked about the death sentence given to the four convicts of the 2012 Delhi gang-rape. She said, "A person who has committed such a gruesome crime should not be considered a minor. He should be hanged publicly to set an example. Nirbhaya's parents are fighting this battle for a long time. Killing the convict quietly will be of no use as you won't be able to set an example."

Simi Garewal later backed the actress on her statement and wrote on Twitter, "As per my earlier tweet, I agree with #Kangana @Rangoli_A. There should be a public hanging of the criminal rapists. Set an example. Let it instill fear of the law." She also shared a picture of her 2019 tweet.

As per my earlier tweet, I agree with #Kangana @Rangoli_A. There should be a public hanging of the criminal rapists. Set an example. Let it instill fear of the law. pic.twitter.com/8S2bjtB7AJ

However, Simi didn't like Kangana's harsh words for Indian Lawyer, Indira Jaising. She said, "#IndiraJaising is a fine woman & a brilliant lawyer. She has spent a lifetime fighting for women's rights, for justice. I've never met her but have followed her crusade with admiration & #respect"

Kangana was unhappy with Indria Jaising's oppose for the death penalty, during the event she said, "She should be kept in jail along with the convicts. How can these women pity the convicts? It is these kinds of women who give birth to such monsters."

On the work front, Kangana is currently gearing up for the release of Panga. The film releasing in cinema screens today has already garnered some praise from critics and audience alike. Directed by Ashwiny Iyer Tiwari, Panga, also stars Richa Chaddha, Neena Gupta and Jassi Gill. 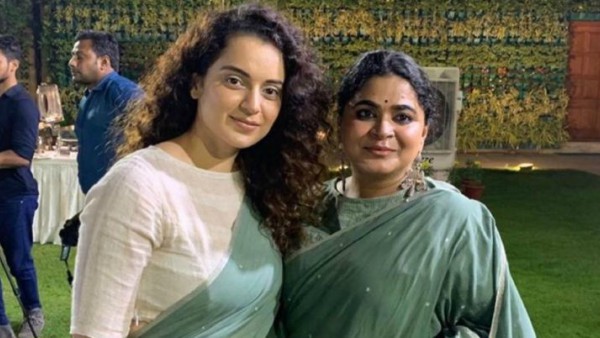 ALSO READ: Kangana Ranaut On Nirbhaya Case: Such Criminals Should Be Hanged Publicly To Set An Example