While quarantining herself in the midst of Coronavirus, Taapsee Pannu has been sharing interesting throwback pictures from film sets and key events in her life. The latest throwback picture is from her look test of Anurag Kashyap's directorial Manmarziyaan. Taapsee posted the picture, sharing how it is to work with Anurag, and called him a 'penguin'. Take a look!

Taapsee shared the image of her look test for 'Rumi', the fiery character she plays in Manmarziyaan. She captioned the image, "This is from the look trial of #Manmarziyaan which actually happened in Amritsar. Typical Anurag Kashyap prep..... last minute ! Got the idea of colouring the hair red after I landed in Amritsar. This is the first time I felt the skin of Rumi , that is, 2 days before we went for shoot."

She added, "Anyone who works with Anurag will shatter the image he/she has built about him over years of watching his work. A penguin who gets happy with smallest of things and cracks the poorest of jokes, has the brightest of smiles (unlike the 'dark' films he is known for ) and goes with ZERO prep on set n now I'm gonna get a stinking message from him as soon as he reads this but he knows I love him #Throwback #Archive #QuarantinePost."

Manmarziyaan was a 2018 romantic comedy which starred Abhishek Bachchan and Vicky Kaushal alongside Taapsee. The film was loved by audiences as well as critics.

The actress has a number of films lined up in her kitty, including Shabaash Mithu, Haseen Dillruba, Rashmi Rocket, Womaniya, Tadka and Looop Lapeta. 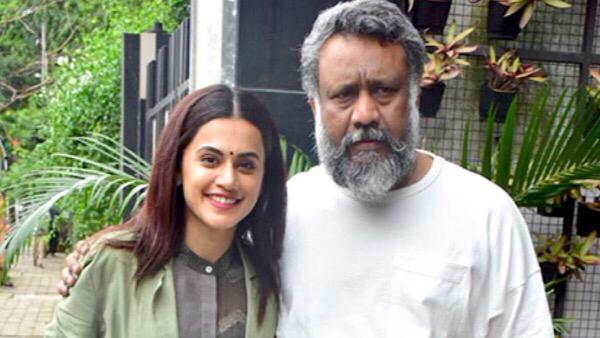