Tanhaji: The Unsung Warrior's director Om Raut, opened up about how important the backing of big stars is to filmmakers. Asserting that this kind of backing either makes or breaks a director, he said that he is very lucky to have had big stars such as Ajay Devgn, Saif Ali Khan, and now south star Prabhas work with him.

Speaking to Hindustan Times, Om Raut said that he has been very fortunate to have the kind of cast he has had in his films. "It's true and there's no two ways about it. I've been absolutely lucky that these bigger actors and stars like Mr Devgn or Mr Saif, and now Prabhas have shown faith in my writing and the vision that I put across. If Mr Devgn didn't trust me, we wouldn't have had Tanhaji or anything that I have now. They've supported me and that's the reason why things are happening in my life," he said.

Talking about how important a big star is to a film, he said, "Backing of a big star is 100% important - it either makes or breaks a director. And not just a newcomer, but having a backing is important for any filmmaker. You need to have someone to back you, support you in everything you're doing and to give you complete freedom in what you want to do. When I turn producer in future, I'd like to do the same as well."

Tanhaji starred Ajay, Saif, Kajol, Sharad Kelkar, Luke Kenny, Sanjay Mishra and many others. The film was a biographical period film about the Marathi warrior Tanaji Malasure. Recently, Raut announced his next film, a mythological drama titled Adipurush, which stars Prabhas and Saif. 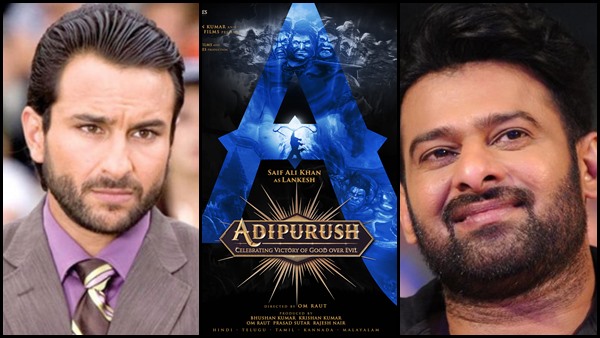