On Thursday night, when Varun Dhawan was making his way to filmmaker Shashank Khaitan's residence for a birthday bash, the paparazzi surrounded him to get shots of him and his girlfriend Natasha Dalal. In the commotion that ensued, Varun's driver accidentally ran over a photographer's foot. Take a look.

In the video, a photographer can be heard yelling, "Pair pe chadhaya (He ran over my foot)!" as Varun heads toward Shashank's house in his car.

Later, when Varun gets out of the car, he politely questions the paparazzi why they create so much frenzy when he doesn't deny them photographs. Posing for photographs, he says, "Tumko photo kab nahi diya hai ki tum log aisa karte ho? Main nikal ke aata hoon na tum logon ke paas. Kyun halla karte ho? Kab nahi diya hai? Roz toh deta hoon (When have I not given you pictures that you resort to this? I always come out and pose for you. Why do you create such a commotion? When have I not given any pictures? I pose for you every day)."

"Pair pe chadhaaya"🔊😱 SCREAMS a camera dude when Varun Dhawan's car goes over his leg😲😱 Luciky he escaped any major injury and VD also came out to check on his well being! VD was in the car with girlfriend Natasha Dalal and his bhabhiji aka Jaanvi Desai Dhawan. While going in, his driver chadhaaofied the car's wheel over the leg of a media dude who shouted "Pair pe chadhaaya, pair pe chadhaaya" After the car went in, Varun came out and asked about his well being🤗 "Main nikal ke aata hun na tum logon ke pass.. kyun halla karte ho" he said😜 FOLLOW 👉 @voompla INQUIRIES 👉 @ppbakshi . #voompla #bollywood #varundhawan #bollywoodstyle #bollywoodfashion #mumbaidiaries #delhidiaries #natashadalal #varundhawanfans #indianactress #bollywoodactress #bollywoodactresses

Paparazzi frenzy is a real thing in Bollywood. But unlike most other entertainment industries across the world, celebrities and paparazzi share a cordial relationship in Bollywood. The paps are not very intrusive, and most celebs pose for them and provide them with pictures. Incidents such as these are rare. When they do happen, they are handled courteously by both parties.

In terms of work, Varun will next be seen in Coolie No 1, a remake of the 1995 movie of the same name. He will star opposite Sara Ali Khan in the film which is being directed by David Dhawan. The film is scheduled for release on May 1, 2020. 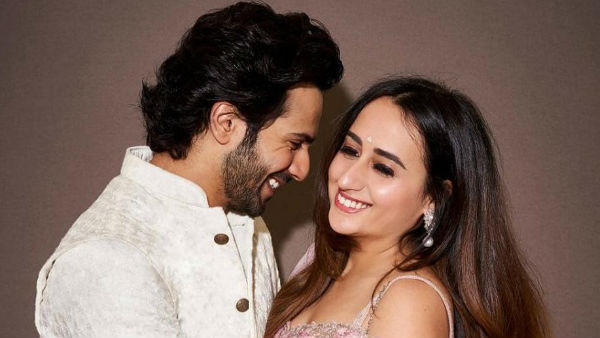