After celebrities like Taapsee Pannu, Swara Bhasker and Lakshmi Manchu slammed the media and social media trial of Rhea Chakraborty in Sushant Singh Rajput's death case, Vidya Balan too has come out in support of the legal principle 'innocent until proven guilty'.

Praising Lakshmi Manchu for writing a note on how people have made a monster out of a girl without waiting for the truth to come out, Vidya wrote that people need to show respect for the constitutional rights of a citizen and let law take its course.

Responding to Lakshmi's tweet, Vidya wrote, "God bless you @LakshmiManchu for saying this out loud. It is so unfortunate that the tragic and untimely death of a beloved young star Sushant Singh Rajput has become a media circus. In the same breath, as a woman, my heart breaks at the vilification of Rhea Chakraborty. Isn't it supposed to be 'Innocent Until Proven Guilty', or is it now 'Guilty Until Proven Innocent'!? Let's show some respect for the constitutional rights of a citizen and let the law take its course."

Standing up for her colleague, Lakshmi had written, "If something like this happened to me I would want my colleagues to stand up for me at least the ones that know me to say back off hang on leave her alone and I ask all of you to do the same back off hang on leave her alone until the entire truth is officially released. I am pained by what we have become. How are we being authentic if we don't speak our heart when we have a voice to lend."

Taapsee too had responded to Lakshmi's post and had written that it is wrong to overtake the judiciary in this matter and convict someone who hasn't been proven to be guilty.

For those who don't know, Rhea Chakraborty is named as a suspect by Sushant's family in his death case. 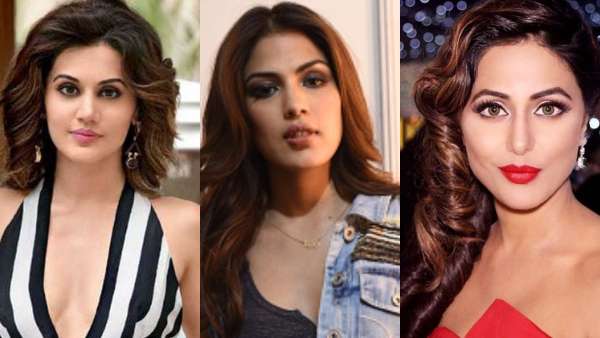