According to the sources, the stand-up comedian was arrested on Friday for his performance at a cafe in the 56 Dukan locality of Indore. The case was filed by Eklavya Gaur, the convenor of Hind Rakshak Sangathan and son of the BJP MLA Malini Gaur. According to Eklavya Gaur's complaint, Munawar Faruqui's show mocked the Hindu deities by passing indecent comments.

The petitioner has also alleged that the comedian further mocked the Union Minister Amit Shah and the Godhra incident. Eklavya Gaur and his friends had gone to watch the show but forced Munawar Faruqui to stop the performance after he passed the insulting comments. They shot a video of Faruqui's comments before stopping him and later took the audience out of the cafe, thus putting an end to the act.

However, according to some other reports, Munawar Faruqui had not made any derogatory comments on Hindu Gods or the Union Minister. Even though he tried to explain the same to Eklavya Gaur and his friends, they did not listen and continued with their acts. It has also been alleged that Munawar was physically assaulted by the gang, before he was arrested by the police. 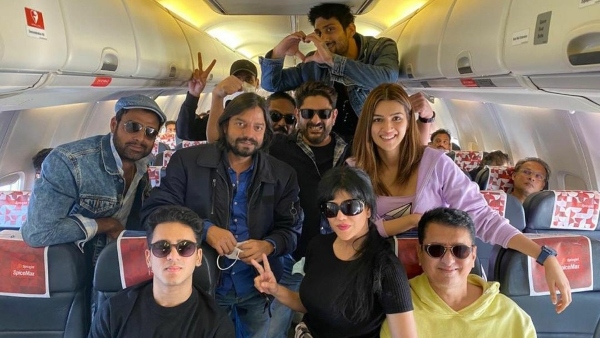 The New Year Kickstarts On A High Note For Sajid Nadiadwala As He Is All Set To Shoot Bachchan Pandey!