After films like Mardaani and Chhichhore in his acting repertoire, Tahir Raj Bhasin will be seen essaying the role of legendary cricketer Sunil Gavaskar in Kabir Khan's sports drama 83 which stars Ranveer Singh as former Indian captain Kapil Dev.

The much awaited flick was slated to release in Christmas last year. However, owing to the novel COVID-19 pandemic, the film got pushed to 2021. The makers are yet to announce the new release date of the film though speculations are rife that the Ranveer Singh starrer might hit the theatrical screens in the first quarter of 2021.

Amid this, Tahir Raj Bhasin opened up about the delay in the film's release while speaking with a news portal. The actor told Hindustan Times that he is very confident that Kabir Khan has a winner on his hand.

"What's great about it is that it is a period film, and a concept everyone is aware of. It's not that the film will start looking old whether it comes in January or a few months later. 83 was an experience for me. When Kabir came and told me, I said wow, it's going to be shot like the real players went and played the World Cup decades ago. We all moved to UK for three and a half months and played in the same stadiums. A film made on this scale, we were fortunate that it was made then, it would be very difficult in today's time," the tabloid quoted him as saying.

Earlier, in an exclusive interview with Filmibeat, Tahir had said that it's an honour to play a legend like Sunil Gavaskar. Further, the actor was all praise for his 83 co-star Ranveer Singh and had said, "Ranveer is treating '83 like the biggest film of his career. To see him be the first one in practice and the last one to leave, it's like a newcomer. I find his energy motivating for me."

Besides 83, Tahir will also be seen in Taapsee Pannu starrer Looop Lapeta. 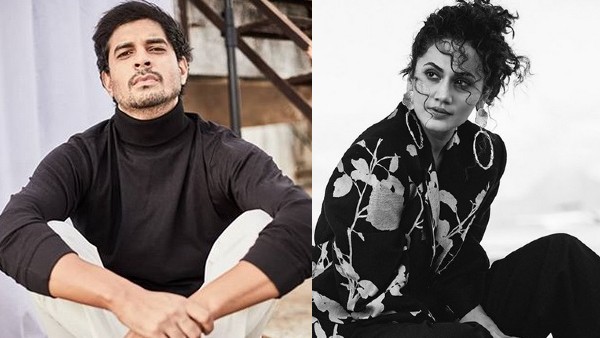 ALSO READ: Tahir Raj Bhasin On Pairing Up With Taapsee Pannu On-Screen: She Is A Phenomenal Actress

ALSO READ: EXCLUSIVE INTERVIEW! Tahir Raj Bhasin: Directors Will Have A Tough Time To Typecast Me