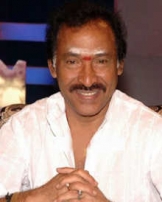 Deva is an Indian film composer and singer. He has composed songs and provided background music for Tamil films in a career spanning about 20 years. Many know his gaana pattu (songs in which the lyrics have little or no substance, written mostly using 'Madras Tamil'). He is widely acknowledged as the 'Father of Gaana Genre' in Tamil filmdom.

Deva was born in Adi dravidar family to the couple M.C.Chokkalingam-M.C.Krishnaveni. Even at the small age, Deva was attracted towards the world of music. Teaming with Chandra Bose, he staged many musical programmes. He started learning classical music under Dhanraj and successfully finished a course in Western music conducted by the London Trinity Music college.

Before coming to cinema, Deva worked for some time in the Television field. In those days, Deva's brothers were working in the musical troupes of Illayaraja and with other music directors as instrumentalists. But Deva took special interest for self-improvement in his profession and at the same time, he was looking for chances to enter movies. But the benefits of those efforts didn't bear fruits that easily. Only after much hardship, he managed to enter the field with the help of some friends and his four brothers. Just after his entry, the production work of those films, for which negotiations were on for fixing Deva as the music director, couldn't get completed and the films with his music couldn't be released at all.

Deva continued his efforts to knock every poll and pillar for an opening which finally began yielding results in the year 1989. His first film, "Manasukkeththa Maharaasaa" was released in 1989. Even though this film was not a hit at the box office, he was called to work on the movie "Vaikaasi Poranthaachu". This was a huge hit and Deva was praised for his work. After the release of "Vaikaasi Poranthaachu", his name became a common one all across the Tamil community. After this, he was flooded with offers from many production houses for their upcoming projects.

So far, he has composed music for more than 400 films, which include Tamil, Telugu and Malayalam films. He is also famous for his compositions for religious films. He was widely acclaimed for his scores for Rajinikanth starrer Basha. His other famous compositions include Annamalai and Baasha both starring Rajinikanth, which helped him rise to the level of top composers in Tamil industry for a brief period.

One of the major criticisms against Deva is plagiarism. He is known for lifting snippets and sometimes even the full song from famous old and recent English pop songs and using them as his own. Some of the alleged lifts include famous Boy band "Backstreet Boys", Pakistani band "Junoon", English band "Sasha" etc. His popularity has diminished since English pop music became more popular among the Tamil audiences.