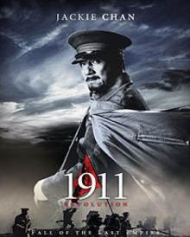 The alliance was then formed against the corrupt Qing Dynasty. I is found that three towns in Hu Han were already under them and had seized the control of Bei Province over it.

Ones they faced the battle honestly, the following months follows with success, by this Sun was back as a Temporary President. This act later led to the end of 268 years of administration of the Qing Dynasty. Finally 2000 years of monarchy came to an end and Republic commenced.