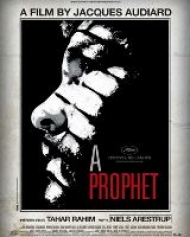 On his arrival at the prison, he seems younger and more brittle than the others detained there. At once he falls under the sway of a group of Corsicans who enforce their rule in the prison.

As the 'missions' go by, he toughens himself and wins the confidence of the Corsican group. Very quickly, Malik uses all his intelligence to discreetly develop his own network.