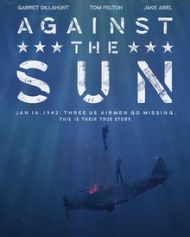 Based on a true story, three US Navy airmen crash land their torpedo bomber in the South Pacific during World War II and find themselves on a tiny life raft, surrounded by open ocean. No food. No water. No hope of rescue. Against incredible odds, these three virtual strangers must survive storms, sharks, starvation - and each other - as they try to sail more than a thousand miles to safety.