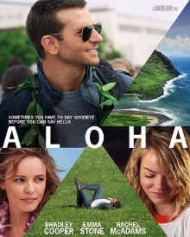 The film, which features a talking computer and mystical island fortunes, follows Brian Gilcrest (Bradley Cooper), a defense contractor who falls for Allison Ng (Emma Stone), an Air Force pilot, after he is assigned to oversee the launch of a weapons satellite from Hawaii.