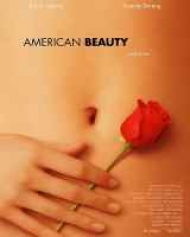 Angela's and Jane's friendship is not all it seems, too, because Angela only brags about how many times she's done it with guys and stuff. That doesn't help an already insecure Jane very much but she finds solace in the arms of the next-door-neighbors' son, Ricky Fitts. Ricky, himself from a broken home as well, and Jane find they have a lot in common and eventually turn out to be soulmates.