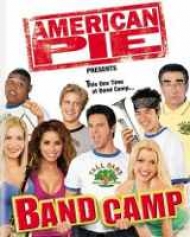 Steve Stifler's little brother Matt wants to join his brother's business (the original Stifmeister has hit it big producing Girls Gone Wild videos) and after everything Matt has heard from Jim's band-geek wife Michelle, he plans to go back to band camp and make a video of his own: Bandies Gone Wild!