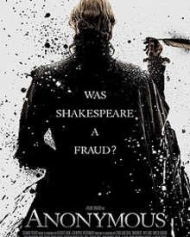 Some Experts debated, books have been written and scholars have devoted their lives in protecting or unwrapping theories surrounding the authorship of most famed works in English Literature.

The Anonymous suggests one possible answer, considering on a time when scandalous political schemes, unlawful romances in the Royal Court, and the schemes of greedy nobles who have an eye on power of throne were exposed to the most unlikely of places: The London Stage.