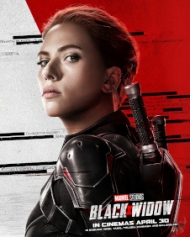 This movie takes off after the events of Captain America: Civil War. Natasha reunites with her allies to eliminate a dangerous threat. The movie is expected to hit the theatres on May 1st, 2020. but because of world wide pandemic issues, this movie is postponed to 2021 may 7.