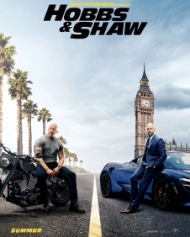 After the events of The Fate of The Furious, a cyber-genetically enhanced international terrorist emerges from Brixton. In the wake of this new threat, Federal Agent Luke Hobbs and former British military-turned-mercenary Deckard Shaw makes an unlikely alliance and plans to take on this new threat. How this combo saves humanity from this new threat forms the crux of the story.