Love And Other Drugs 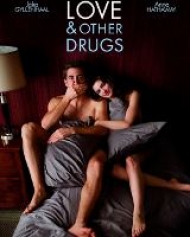 Love And Other Drugs

U/A | Comedy
Release Date : 2010 (India)
24 Nov 2010 (WorldWide)
Cast : Jake Gyllenhaal, Anne Hathaway
Director : Edward Zwick
Synopsis
Love and Other Drugs is an upcoming comedy-drama film directed by Edward Zwick, based on the non-fiction title Hard Sell: The Evolution of a Viagra Salesman written by Jamie Reidy. This film is to be Zwick's second comedy-drama, the first being About Last Night. A salesman competes in the cutthroat world of pharmaceuticals to hawk a male performance enhancement drug. Gyllenhaal's character will play the Pfizer-pusher who meets Anne Hathaway's character during one of his sales calls.