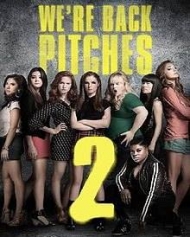 The Barden Bellas enter an international acappella competition that no American group has ever won before.