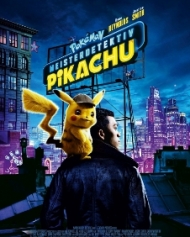 In a metropolis city called Ryme, Pokemon and humans live in harmony. A former Pokemon trainer Tim Goodman is in search of his missing father Harry Goodman. He then comes in contact with a Pikachu, a talking Pokemon that once belonged to his father. Pikachu who believes itself to be a detective, pairs with Tim to find the trail of missing Harry. Meantime, they are also helped by a reporter Lucy Stevens and her Psyduck. Their investigation reaches a point where they find something that endangers the Pokemon World. How Tim and Pikachu stop this forms the main plot of the movie.