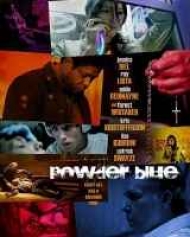 Drama
Release Date : 2009 (India)
08 May 2009 (WorldWide)
Cast : Jessica Biel, Eddie Redmayne
Director : Timothy Linh Bui
Synopsis
Powder Blue is about four four Los Angelenos -- a mortician, an ex-con, a suicidal ex-priest, and a stripper -- are brought together on Christmas Eve by a mixture of circumstances. Several Angelenos meet on Christmas Eve through chance, tragedy and divine intervention. Swayze will play the sleazy owner of the strip club where Biel's character dances. Redmayne will portray a mortician who falls in love with her.

Kristofferson will play the head of a corporate crime organization who tries to convince his former employee (Liotta) not to seek vengeance on his former co-workers. Whitaker, who also serves as a producer on the film, will play a suicidal ex-priest. Newcomer Alejandro Romero will play a transsexual prostitute who shares an unexpected bond with the priest.