Return of the Dragon 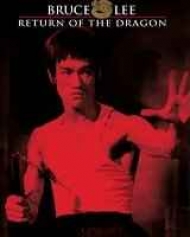 Return Of The Dragon

Action Comedy
Release Date : 1972 (India)
1972 (Worldwide)
Cast : Bruce Lee, Nora Miao
Director : Bruce Lee
Synopsis
Return of the Dragon is the third major film of the martial arts legend. Tang Lung (Bruce Lee) arrives in Rome to help his cousins in the restaurant business. They are being pressured to sell their property to the syndicate, who will stop at nothing to get what they want.

When Tang arrives he poses a new threat to the syndicate, and they are unable to defeat him. The syndicate boss hires the best Japanese and European martial artists to fight Tang, but he easily finishes them off. The American martial artist Colt (Chuck Norris) is hired and has a showdown with Tang in Rome's famous Colosseum.