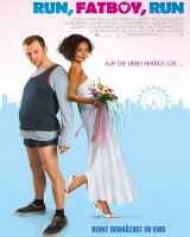 On the day of the marriage, Dennis gets cold feet at the 11th hour and flees. Five years later, Dennis regrets this decision and attempts to re-enter Elizabeth and his son's lives encouraged by his friends, Gordon, and Ghoshadi Das, a Londoner originally from India.

He decides to impress her by participating in a marathon-run in London. Before he could even act further, he finds out that Elizabeth has an American boyfriend, Whit, who proposes to her - and she accepts. Watch what impact this has on a visibly overweight Dennis' decision to continue to participate in the marathon-run.