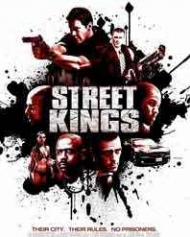 A | Action Thriller
Release Date : 2009 (India)
13 Mar 2009 (WorldWide)
Cast : Keanu Reeves, Forest Whitaker
Director : David Ayer
Synopsis
Tom Ludlow (Keanu Reeves) is a disillusioned L.A. Police Officer, rarely playing by the rules and haunted by the death of his wife. All of the cops in Ludlow's unit, including their captain, Jack Wander (Forest Whitaker), bend and break the rules of conduct on a regular basis. Their intention is often to deal with crime in a manner that they perceive to be more efficient, which leads them to routinely lie, falsify reports and manipulate evidence to cover up for their wrong-doings.