The Amazing Truth About Queen Raquela 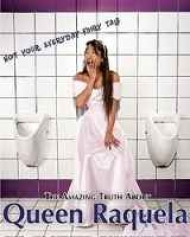 The Amazing Truth About Queen Raquela

Like many Transsexuals (often known as "Ladyboys") in the Philippines, Raquela dreams of marrying a heterosexual man from the West. She spends much of her time on the internet looking for men who can come and rescue her. They promise to come, but time after time Raquela gets stood up at the airport.