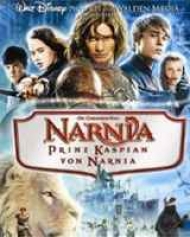 The Chronicles Of Narnia Prince Caspian

Adventure
Release Date : 2008 (India)
16 May 2008 (WorldWide)
Cast : Ben Barnes, Georgie Henley
Director : Andrew Adamson
Synopsis
The Chronicles Of Narnia: Prince Caspian" was the second book published of the seven books in the series. It is numbered Book 4 in recent editions because it is the fourth chronologically. It takes place about 1,300 years after the events of "The Lion the Witch and the Wardrobe," which was the first published book (second in order chronologically--only "The Magician's Nephew" takes place earlier.) In London, only one year passes between the events of "The Lion" and "Prince Caspian," so the timing of the film had to be brought forward so the actors were not too old. Here is a summary of the story by C.S. Lewis. Following that is a description of the differences in the 2008 motion picture, based on available information.