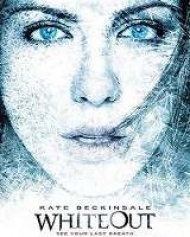 During the last three days of her assignment, a body is found encased in ice and Carrie is obliged to take part in the continent’s first-ever murder investigation.

With the Antarctic winter drawing close, Carrie must work diligently to complete the investigation before the arrival of an incoming storm.

Carrie is unaware that she is involved in a sixty year old murder that the killer would do anything to keep secret. While working on the case, Stetko crosses paths with an UN operative (Gabriel Macht), who has also been assigned to the case as an...