Netflix officially released the trailer for the awaited rom-com sequel, The Kissing Booth 2. The film stars Joey King, Joel Courtney and Jacob Elordi in lead roles and is all set to release on Netflix in two weeks. The series follows a series of books of the same name, written by Beth Reekles.

In the trailer, we see Elle (Joey) and Noah (Jacob) trying to make their long-distance relationship work, while she also struggles to keep her friendship afloat with childhood best friend Lee Flynn (Courtney). Joey will be dealing with more than just that in The Kissing Booth 2, as she also has a new crush, Marco and will have to decide if she will go to college with Noah or fulfil her childhood dream of going to college with Lee.

The sequel is also set to reunite real-life exes King and Elordi on screen, once again. According to Us Weekly, the duo started dating after they met on the set of The Kissing Booth in 2017, but split up later in 2018. While talking about working with her ex, Joey explained on the podcast Mood with Lauren Elizabeth that it was "totally worth it".

King Is A Big Fan Of The Kissing Booth Series

King also shared that she herself is a big fan of the film series and added, "I am very much, like, a freakin' huge fan of The Kissing Booth myself which sounds really narcissistic, but I am. It's my night light at night. Because I don't want to watch ‘Oh I don't know what's going to happen and I'm really invested to see what thing they're baking on the Great British Baking Show.' I've already seen The Kissing Booth."

The Kissing Booth 2 Will Release On July 24

The film's official synopsis reads, "With college decisions looming, Elle juggles her long-distance romance with Noah, changing relationship with bestie Lee and feelings for a new classmate." The Kissing Booth 2 will be available to stream on Netflix from July 24, 2020. 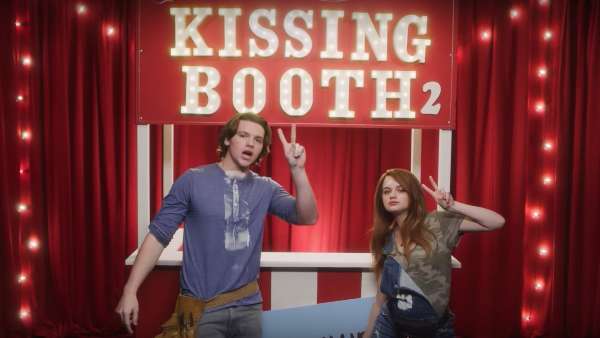 Netflix In July 2020: Cursed, The Kissing Booth 2, The Old Guard And More