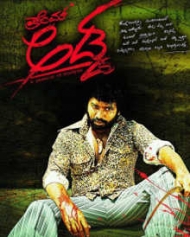 U/A | Drama
Release Date : 07 Dec 2012
Cast : Prem, Kriti Kharbanda
Director : Mahesh Babu
Synopsis
Prem Adda movie begins on the backdrop of the 80s. It is the story of group of five friends. Later they turn as killers due to unemployment and circumstances.

They do the odd jobs and working as sincere cadets of local politicians. Prem, the hero among the five, latter falls in love with the daughter of the councilor. But his gang opposes the love and warns him many occasions.

Meanwhile the councilor's brother uses them to murder a party rival, promising they will be bailed out. Prem and his gang committing the murder and surrender in the court. But nobody comes to bail them out. Later they realize that all are the planned conspiracy of the local politician. Now the gang turns into a revenge mood.