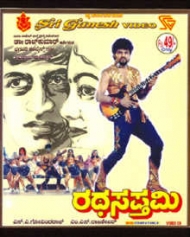 Shivarajkumar played the main lead along with Kannada actor Rajesh's daughter Asha Rani made her debut as heroine through this movie along with Parvathavani, Doddanna, Kanchana, Mysore Lokesh, Sundar Raj, Srinath, Roopadevi are seen in supporting roles in this movie.