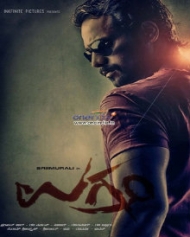 Ugramm is an action drama based movie directed by Prashanth Neel. Sri Murali and Haripriya are playing the lead roles along with Tilak Shekar in pivotal role in this movie.

Story:
The film opens with entry of Haripriya, who comes back to her native in India from Australia to visit her mother's grave. She will be attacked by the group of rogues, and will be saved by Agasthya (Srimurali).

It mainly deals with the story of rivalry between two families - Jai Jagadeesh (Haripriya's father) and Avinash (politician from Sira town). What role does Agasthya play in between the rival of two families? What is the background of Agashtya, forms the crux of the story.