Rashmika Mandanna and Vijay Devarakonda starrer Dear Comrade releases worldwide today. The buzz surrounding the film was good among the Kannada audience, too. Though, they looked forward to watching a Telugu film in Kannada, the viewers are unhappy that the Kannada version of Dear Comrade got less number of screens compared to Telugu. Already, there was enough clash between the pro-dubbing and anti-dubbing supporters in Karanataka. Now, the discrepancy in the screenings has led to another internet movement; #StopTeluguImposition, which is going viral. Here's what the fans have to say.

"#StopTeluguImposition Whats the point in dubbing the movie and releasing it in original language. More shows should be given to Kannada version.I have not watched any Telugu movie in theatres, so wanted to watch this one in my language but it is not happening #boycottdearcomrade" - (sic)

"Karantaka's lingua franca is Kannada. And it's common sense to cater its people in the lang they understand. But the KFI goons with their age old cloak and dagger business, are giving the Telugu version of #DearComrade maximum screens despite a Kannada version #boycottdearcomrade" - (sic)

"#DearComrade Kannada screening 21 shows in Karnataka, and 25 shows in USA!!! So, what do you think? There should be someone here, trying to stop Kannada dubbed version right? #BoycottDearComrade #StopTeluguImposition" - (sic)

"It's 25 shows in USA vs 21 shows in entire Karnataka, it will be naive to believe there are no KFI proxies at play limiting Kannada shows in KA, and give a subtle message that no takers for Kannada version. #StopTeluguImposition #BoycottDearComrade" - (sic)

"#BoycottDearComrade thought of watching it but they have made a mockery of us in the name of dubbing. It's as good as no Kannada version at all." -(sic) 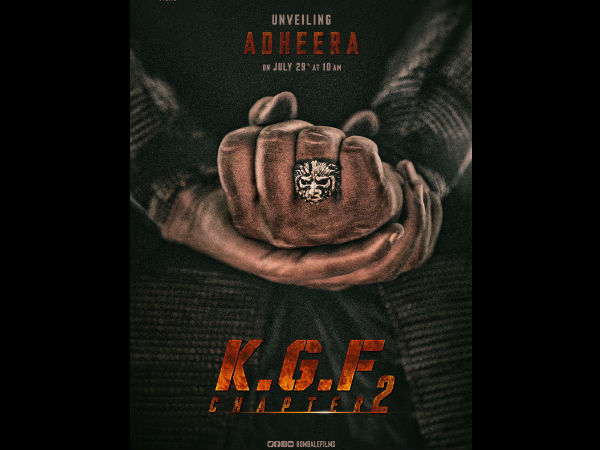 Sanjay Dutt Roped In To Play Adheera In KGF Chapter 2! First Look Will Be Unveiled On July 29