Kodava beauty Rashmika Mandanna has gained a huge fan following in Karnataka, Andhra and Telangana regions with her impeccable charm. And now, craze around her is starting to spread in Tamil Nadu too. She recently signed a film in Kollywood, in which she is said to star opposite Tamil actor Karthi. Even prior to the film's release, one of her Tamil fans has been pestering her for days together to interact with him on Twitter. Besides, he has also learned Kannada in only three days for his favorite actress.

For the past 15 days, one of Rashmika's fans by the name Anish, has been constantly bombarding her Twitter handle. He first wrote, "Dear @iamRashmika 😍 if u like to reply please..do it with some typos.. u often use 😂 this emoji..😣 everyone r getting ur ❤ bt im getting 😂😣 #Throwback image..❤ #RashmikaMandanna" - (sic)

When the actress did not acknowledge the previous post, he shared a meme to grab her attention. He captioned it, "3 days over... 😣 but u have not seen yet.. 😪❤ @iamRashmika" - (sic) Rashmika often replies to her fans' posts. But, she's yet reply to Anish's post despite him pestering her for a reply. 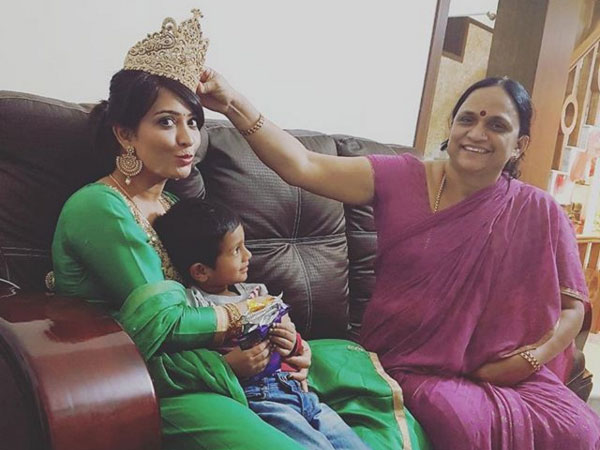 Radhika Pandit Calls Yash's Mother Her World! Says Something Unexpected About Her Sister-in-law

Like the series of tweets weren't enough, he's gone a step ahead and learned Kannada to impress the actress. His latest tweet read, "i have been learning kannada for the past 3 days..🤣 just for u❤ only for @iamRashmika forgive me if im wrong..🤣😍😘 ನನ್ನ ಪ್ರೀತಿಯ ಸಹೋದರಿಗೆ ನಾನು ನಿನ್ನನ್ನು ಪ್ರೀತಿಸುತ್ತೇನೆ.. 💕💕💕 #rashmikamandanna" - (sic)

We need to wait and watch if Rashmika will finally reply to his tweets!