Actor and Social Activist Chetan Kumar is all set to tie the knot with fiancé Megha on February 2. The wedding is said to be a non-religious affair and will take place at the sub registrar’s office at Gandhinagar in Bangalore. This will be followed by a reception ceremony at the Vinoba Bhave Ashrama.

Speaking about his impending nuptials, Chetan said, “The event will be a socially-conscious, non-religious celebration with underprivileged children and budakattu-adivasi dances, Sufi and Vachana music.”

For the uninitiated, the talented actor has been involved in various social causes pertaining to the upliftment of tribal communities and underprivileged children. Chetan’s bride Megha too is a human rights activist hailing from Gwalior in Madhya Pradesh. The couple also plans on spending some time with underprivileged children and senior citizens on their big day.

The lovely duo who have been seeing each other for the past two years recently undertook their pre-wedding photoshoot at an orphanage. An elated Chetan shared the pictures on social media and wrote, “10 days left for the wedding. My heart & mind are spinning like a top!. Megha & I enjoying with ashram children at our celebration venue for our pre-wedding photoshoot.” (sic)

On the work front, Chetan Kumar will soon be seen on screen in Ranam. The Kannada movie is directed by V Samudra and stars Chiranjeevi Sarja in the lead role. The music and trailer of the film are already gaining positive reception from the audiences. The movie produced by R Srinivas is gearing up for its release in the coming weeks. 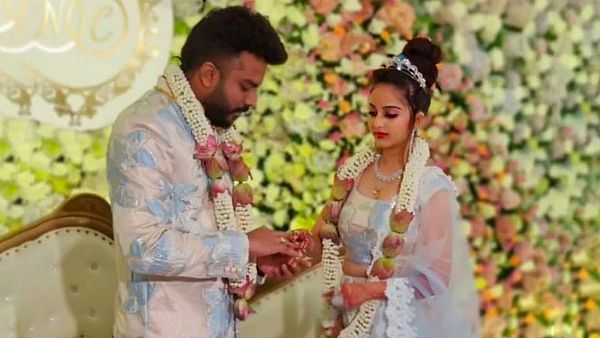