Sandalwood director Indrajit Lankesh's next directorial venture Shakeela, starring Richa Chadha is all set to release on December 25. Notably, the film will be releasing in theatres amid this pandemic in Kannada, Malayalam, Hindi, Tamil and Telugu. For the unversed, the film is based on famous South actress Shakeela's life.


The makers of the film recently released the announcement poster on social media. In the poster, one can see Richa Chaddha is looking amazing as 'Box Office Queen' Shakeela. The actress can be seen wearing a red saree and holding a gun. The poster states that it is 'inspired by a shocking true story' and promises that Christmas will get 'hotter' in cinemas. Shakeela also stars Pankaj Tripathi, Ester Noronha, Rajeev Pillai and Sheeva Rana in pivotal roles.

Earlier in an interview, Indrajit Lankesh had revealed that the idea to make a film about Shakeela came when he interacted with her during the making of Luv U Alia. The director said that when she opened up about her life experiences, he thought that the story must be told to everyone. Hence, he immediately purchased the filming rights to make a biopic on her. The film will focus on her family background, career and much more.

Also Read : Indrajit Lankesh Busy With His Bollywood Venture Shakeela; Film To Have A Crisp International Cut
For those who don't know, Shakeela was known as a sex symbol in the South film industry. She has worked in about 250 films and ruled the box office during the late 1990s and early 2000s. However, in 2018, the actress announced that she will not work in B-grade movies anymore. 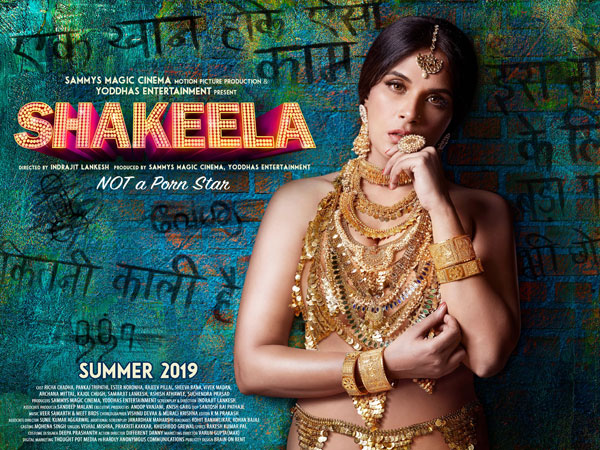