Yesterday (September 14), Bengaluru court extended the judicial custody of Sandalwood actress Ragini Dwivedi till September 28 in the drug racket case. Joint Commissioner of Police (Crime), Sandeep Patil confirmed the same to media and revealed that she will be taken to the Parappana Agrahara Central Jail, which is situated on the outskirts of the city.

Ever since the court extended Ragini's custody for 14 days, the actress faced a lot of health issues in the jail. A Times of India report suggests that she has been complaining of ill-health since she has been in the custody of the CCB officials. Suffering from low sugar level and severe back pain, she couldn't sleep properly all night.


After learning about her health, the jail officials apparently gave her drips and medicines at the jail hospital. But Asianet News states that she couldn't sleep due to the mosquito menace. It's to be noted that Ragini Dwivedi had asked the court to send her to a private hospital for treatment, but the court didn't agree.

Earlier, a Deccan Herald report stated that Ragini Dwivedi had tried to cheat CCB officials by allegedly mixing water in her urine sample, which was taken for a drug test. Meanwhile, Ragini has applied for interim bail and the court is all set to hear it tomorrow. The actress' father Col. Rakesh Kumar Dwivedi is quite confident about Ragini's release. But we need to wait for the court's verdict on her interim bail.

Also Read : Drug Test: Ragini Dwivedi Cheats CCB Officers By Mixing Water In Urine Sample
For the unversed, actress Sanjjanaa Galrani and 12 other people's custody has also been extended by the court. 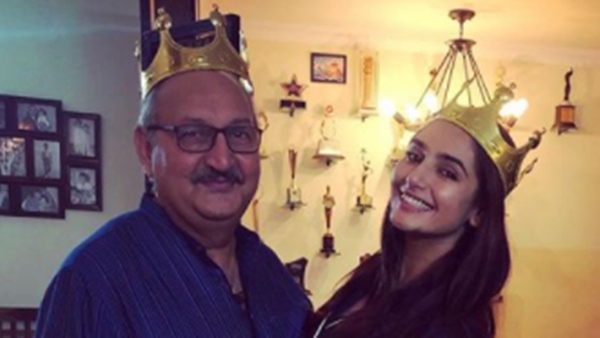