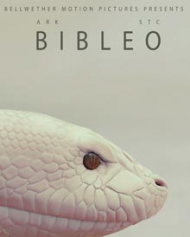 Thriller
Release Date : 28 Nov 2021
Cast : Shine Tom Chacko, Mini Richard
Director : Sajan Kuryan
Synopsis
Bibleo is a psychological fantasy thriller revolving around the fights between the invisible powers which are the main cause of every action, every birth and every death on earth. Mr.Bibleo is a physics professor doing research on Death and whether at the time of death any gate opens to the next life. But an unexpected event changes his life forever. He doesn't even know that he is becoming a warrior. A warrior for the creator of the universe and saviour of every creature. Now he has only 24 hours time to do the most dangerous task anyone has ever done.That is to defeat the most powerful and beautiful angel to ever live. 'LUCIFER'