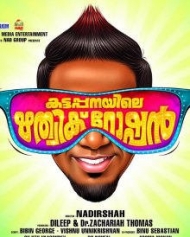 Kattappanayile Hrithik Roshan narrates the story of a guy named Kichu aka Krishna Kumar, who dreams of making it big in films, as an actor. His father Surendran, wanted to become an actor, but couldn't make it and hence he dreams of making his son a big star. What happens later? Will Kichu succeed in achieving his dreams? All these have been narrated in an entertaining form in Kattappanayile Rithwik Roshan.