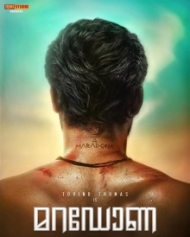 Tovino Thomas will be seen essaying a character named as Maradona in this movie. It was by popular film-maker Aashiq Abu, who presented the first look poster of Maradona through his official Facebook page. The plot of Maradona revolves around the title character. Due to certain circumstances, he is forced to go to Bangalore where he stays in a flat, which belongs to one of his distant relatives. The event that follows mixed with the past of Maradona has been narrated in an efficient manner.

Maradona has been produced under the banner Mini Studios.