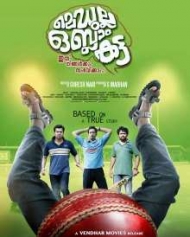 Among whom one faces a very funny situation, which puts the other three into a big soup. This happens a day before the man's marriage and how the other three takes it forward makes up the rest of the film.

Medulla Oblongata is produced by S. Madhan under the banner of Vendhar Movies. Lyrics were penned by Ambika and Rajeev Alunkal, Balagopal scores music for the...