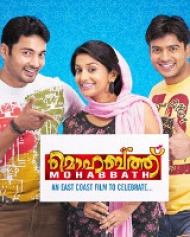 Popular novelist Siddique Shameer has written the story based on his own novel Kalippavakal. Music score is given by S. Balakrishnan who is making a come back through this film. Renowned singer Hariharan appears as himself in a song sequence while Roma will be seen in a cameo role.

The movie production is done by East Coast Vijayan under the banner of...