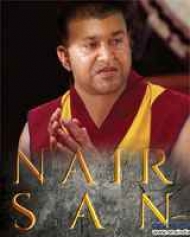 Nair, who was popularly known as Nairsan, worked in Japan. He had good contacts with Rash Behari Bose, one of the founders of the Indian National Army (INA). Nairsan was the chief link between the Indian freedom movement and the Japanese Government

This prominent figure, who is the owner of world famous Ginza Nair Restaurant in Tokyo, is a native of Thiruvananthapuram. He arrived in Japan as an engineering student. Later he settled down in Japan and married a Japanese girl.

Nairsan lived in Japan for over half a century and spent several years in Manchuria. There, he was unofficial advisor to the Manchukuo Government and...