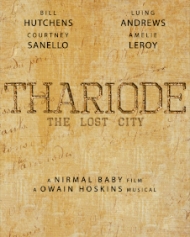 Documentary Drama
Release Date : 2019
Cast : Bill Hutchens, Luing Andrews
Director : Nirmal Baby Varghese
Synopsis
Thariode: The Lost City is an upcoming Indian historical film, directed by Nirmal Baby Varghese. Based on the 2019 documentary film "Thariode" by him self, it is a fictionalized account of the gold mining of Thariode in 19th century. Thariode, tells the story of gold mining in Thariode, one of the most ancient cities of Malabar region, a long, narrow coastline on the southwestern shore line of the mainland Indian subcontinent on 19th century.