Drishyam 2, the Mohanlal-starrer directed by Jeethu Joseph, is one of the most-awaited upcoming projects of the Malayalam cinema. The emotional drama is expected to start rolling in a couple of weeks. Recently, the sources close to the project revealed that the work on the set of Drishyam 2 is progressing in Kochi, on full swing.

The shooting of the Mohanlal-starrer was originally supposed to commence on August 17, 2020. But the project was delayed multiple times due to the increasing Coronavirus cases in Kerala, and lead actor Mohanlal's ayurvedic treatment. As per the reports, Mohanlal will be back n Kochi after completing his yearly ayurvedic treatment, in a couple of days. The new date is expected to be announced very soon.

Recently, lead actor Mohanlal had confirmed that the popular actress Meena will be reprising her character from Drishyam, in the sequel as well. The superstar had welcomed the leading lady on board with a special post on his social media pages on her birthday. As per the reports, all the cast and crew members who are supposed to be a part of the Kochi schedule, are currently in quarantine as a part of the safety measures.

Notably, Drishyam 2 is a sequel to the 2013-released blockbuster movie Drishyam. The Jeethu Joseph directorial will once again feature Mohanlal in the role of Georgekutty, a middle-aged man from a small town in Kerala. Meena will appear in the role of Georgekutty's wife Rani, while Esther Anil and Ansiba Hassan will once again play the couple's daughters. The Mohanlal starrer is produced by Antony Perumbavoor under the banner Aashirvad Cinemas. 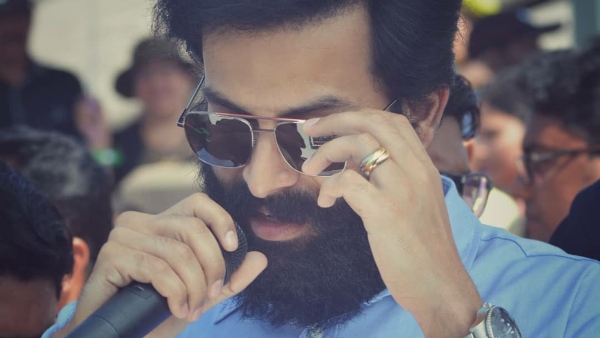 RUMOUR HAS IT: Prithviraj Sukumaran To Play A COP Once Again?