Pulimurugan, the first Malayalam film to enter the prestigious 100-Crore club, turns 4 today. The Mohanlal starrer, which broke all the pre-existing box office records of the Malayalam film industry, was released on October 7, 20216. Pulimurugan, which marked Mohanlal's first collaboration with young filmmaker Vysakh, still remains as one of the biggest hits in the complete actor's career.

The action thriller, which is set in the fictional village named Puliyur, featured Mohanlal as the titular character Murugan. Pulimurugan still remains the hot favourite of the action cinema lovers, with the high-voltage action sequences that featured lead actor Mohanlal and a Bengal tiger.

Here we bring some unknown facts about Pulimurugan, as the movie turns 4 today. Have a look...

Vysakh, the director of Pulimurugan made his directorial debut with the Mammootty-Prithviraj Sukumaran starring blockbuster Pokkiri Raja. But Mohanlal had promised the filmmaker that he will collaborate with him, even much before the release of Pokkiri Raja. Vysakh and director Tomichan Mulakupadam started working on the Mohanlal starrer immediately after the release of the Mammootty-Prithviraj project. But it took so long for Pulimurugan to materialise.

Peter Hein, the stunt choreographer had conducted an action training camp for Mohanlal, in Vietnam. The senior stunt director felt that the complete actor might need a bit of training, as they are shooting for some never-seen-before action scenes. But Peter Hein dismissed Mohanlal's training camp on the first day itself, as he was highly impressed with the complete actor's amazing stunt skills. The team began the shoot without a training camp.

As we all know, Mohanlal is an actor who approaches most of his roles unprepared. Lalettan possesses an amazing ability to transform himself as the character in front camera and immediately switches back to his real self once the scene is done. But for Murugan, the complete actor followed a strict diet and workout regimen, as the role is physically demanding. Interestingly, Mohanlal even bid goodbye to some of his favourite food items, to look the part.

Even though he was highly impressed after listening to the first 15 minutes of the screenplay, Mohanlal was skeptical about the practicability of the theme. However, director Vysakh convinced the superstar and requested him to not set any deadlines for the movie, in case of both the shooting schedule and release date. Mohanlal agreed and assured that he is ready to shoot whenever the director wants. The No Deadlines policy helped the team to complete the film without huge pressures.

The First Choice For Myna

Kamalinee Mukherjee, the popular actress won the hearts with her amazing chemistry with Mohanlal, in Pulimurugan. But, Kamalinee was not the original choice to play the character, Myna. Anusree was supposed to play the character initially. But the talented actress opted out of the project later, as she had to undergo shoulder surgery. Later, the team roped in Kamalinee, who had made a special appearance in Vysakh's Cousins. 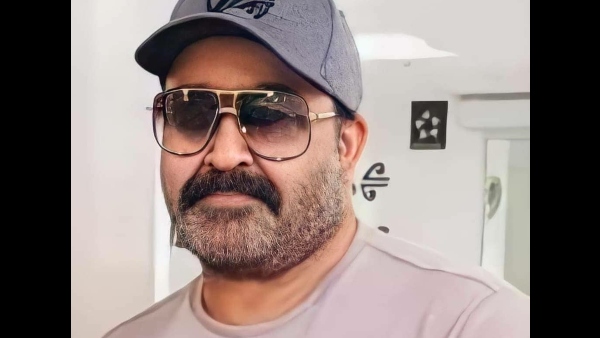