Suraj Venjaramoodu and Nimisha Sajayan, the popular onscreen pair are all set to share the screen once again, in the upcoming Jeo Baby directorial. The highly anticipated project, which is said to be a comedy-drama, has now got a title. The Suraj Venjaramoodu-Nimisha Sajayan starrer has been titled as The Great Indian Kitchen aka Mahathaya Bharatheeya Adukkala.

Prithviraj Sukumaran, the actor-filmmaker launched the official first look poster of the movie through his official social media pages, recently. In the interesting first look poster of The Great Indian Kitchen, Suraj Venjaramoodu and Nimisha Sajayan are seen in their wedding attires. From the poster, it is evident that the movie majorly revolves around the life of a newly married couple, played by the duo.

The Great Indian Kitchen is written and directed by Jeo Baby, the filmmaker who rose to fame with the recent movie Kilometers And Kilometers. Salu K Thomas is the director of photography. Francies Louis handles the editing. Sooraj S Kurup composes the songs and background score. The project is produced by the banners Mankind Cinemas, Symmetry Cinemas, and Cinema Cooks.

Suraj Venjaramoodu is currently busy with the shooting of Jana Gana Mana, the upcoming project that also features Prithviraj Sukumaran as one of the protagonists. The talented actor has won the Kerala State Film Award for 2019 for Best Actor, for his performances in the acclaimed movie Andriod Kunjappan Version 5.25 and Vikruthi.

Nimisha Sajayan, on the other hand, is expected to start shooting for the next schedule of Thuramukham, the upcoming Nivin Pauly starrer directed by Rajeev Ravi, once the world comes back to normalcy. The actress is currently awaiting the releases of his ambitious projects, the Mammootty starrer One, and Fahadh Faasil's Malik. 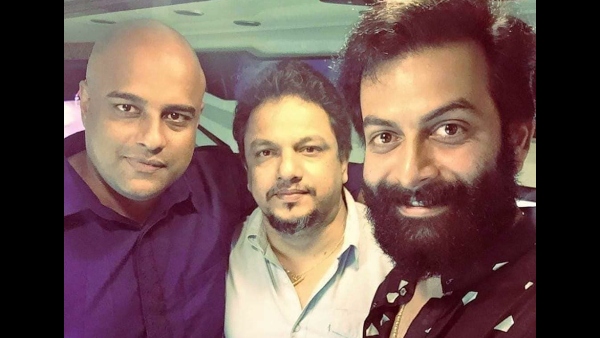