Megastar Mammootty is an epitome of perfection, be it in real life or on-screen. Mammukka undoubtedly enjoys a huge fan following, thanks to his innumerable movies across various film industries.

The actor's style, his acting chops, good command over language and his deep voice that incorporates with his powerful dialogues, are among the many factors that makes his fans, followers and general audience go gaga over him and his releases.

It is a known fact that Mammootty is a major motorhead. The actor even made it to the headlines recently for his four-wheeler collection named as the ‘369' garage that's unique from others for having cars with number plates marked with the three digital number. Several pictures of the actor riding bikes and bullets have also been the talk of the town when those were released on social media.

Mammootty's friend and colleague Mukesh is known for his narrations of untold and unreported events from the sets of movies. The senior actor usually narrates them during film events and award functions which indeed entertains the audiences. Well, once while sharing the stage with Mammootty, Mukesh revealed a story which had a lot to do with the former's bike craze.

When Mammootty Fell Off A Bike And Couldn’t Stop Crying!

Reminiscing the incident that took place during the shoot of their 1980 film Mela, Mukesh said, "I used to borrow my friend's bike, a bullet, to reach the location in Kollam. Being a motorcycle enthusiast, Mammootty used to fun ride the same bike to places close to the set. I used to accompany him seated behind. It was the third day of our ride. Somehow the bullet skidded and the very next moment we fell off.

There was a very minor cut over Mammootty's forehead and it was bleeding a bit. When he saw this himself on the mirror, he started crying very badly like a kid and was really worried. He was repeating as he sobbed, ‘Will I be able to work in films again?'" The actor apparently was worried about his skin and thought he wouldn't get films to do just because he had a minor cut on his face.

Connection Between The Bike Accident And Mammootty’s Mass Dialogues!

Mukesh further added that at times he cannot control his laughter when he hears Mammootty's mass dialogues in films, that are usually intense, as it takes him back to the day of the accident when he saw the childlike nature of the superstar. On a related note, Mammootty is also best known for his classy-massy dialogues which indeed has not grown old like the Megastar, who is ageing gracefully.

On the work front, the actor will next be seen in political thriller One, directed by Santhosh Viswanath and mystery film The Priest, helmed by Jofin T Chacko. Mammootty is also a part of Ajai Vasudev's action thriller Shylock.

Also Read: When Nayanthara Opened Up About Her 'Secret Wedding'! 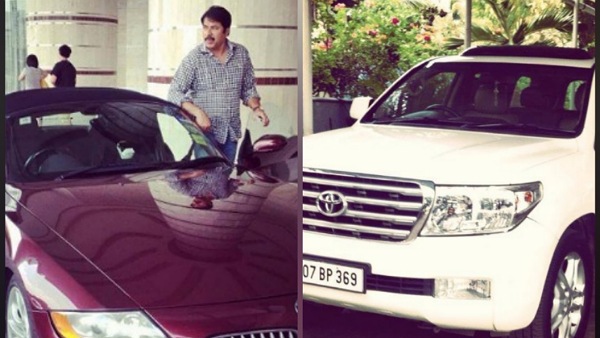 Mammootty's '369' Car Collection Will Leave You Astonished; Read To Know Why!