Fahadh Faasil has now finally opened up about the ott release of his ambitious project Malik. The National award-winning actor took to his official Facebook page and posted a long, emotional note, on June 16, Wednesday. In the note, Fahadh Faasil also opened up about his relationship with his wife Nazriya Nazim, to the much surprise of his fans and followers.

"During these unprecedented times, I think I owe an explanation to my audience who stood by me all these years. With a heavy heart, the director, the producer, all the technicians and rest of us cast have opted for an OTT release for our very ambitious project, Malik. Each and everyone associated with Malik has put in over a years time to bring this project together. Unlike my recent OTT releases which were planned for home viewing right from the beginning, Malik was designed for a theatrical experience and it was the only film I had ready when theatres would open to 100%. The decision has been collective and I personally request everyone to see it in the best interest of the film. In all honesty I cannot wait for the theatres to regain normalcy but today every individual is fighting to regain normalcy in their respective space. At this point all that I can take responsibility is for an absolute fresh theatrical experience when I see you all in theatres next," wrote Fahadh Faasil about the OTT release of Malik.

The actor, who opened up about falling in love with his wife Nazriya Nazim and being married to her, added: "7 years of Bangalore days bring back so many good memories. Falling head over heels for Nazriya, beginning of my journey with her. I asked her out over a handwritten letter and slipped a ring along. She didn't say yes. But she didn't say NO either!! I shot Bangalore days along with two other films. It's just suicidal to shoot three films at a time. I used to look forward to return to shoot Bangalore days." 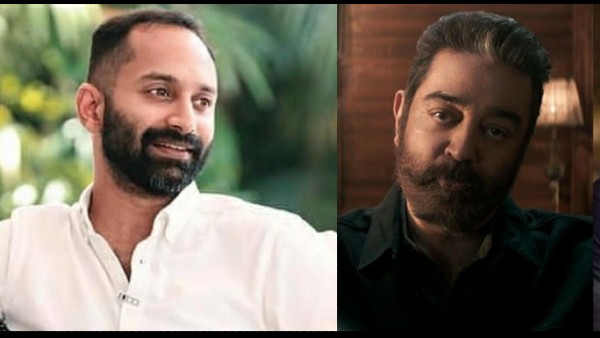 "I loved being around Nazriya. But my thoughts were random. I don't know if it sounds well now, but at that point, there was a lot Nazriya had to give up choosing me. It absolutely worried me and I kept fluctuating. It's just when I thought it was all going to be over because I am not strong enough she said, 'Hello, method actor, who do you think you are? It's just one simple life. pack your bags with everyone and everything you need." Even now when I leave the TV remote in the bathroom, she asks with the same conviction, 'Who do you think you are?' 7 years of Bangalore days have given me a bit more than what I deserve. We work together. We spoil each other. We back each other. We are a team no matter what. Pretty much all my small achievements are after I started sharing my life with Nazriya. I know for sure I didn't do any of this alone. I wonder what my life would have been if Nazriya didn't feel strong about us," wrote Fahadh Faasil.