Kurup, the highly anticipated Dulquer Salmaan starrer, is all set for a grand release. The autobiographical drama, which is directed by Srinath Rajendran, has been delayed multiple times due to the novel coronavirus pandemic. However, the latest updates from the sources suggest that a major update of Kurup is on its way.

If the reports are to be true, Dulquer Salmaan is planning to reveal a major update on the much-awaited project, on the special occasion of Eid. The rumourmills suggest that the actor-producer might make a major announcement regarding the release of Kurup, on the auspicious day. It has also been speculated that a new teaser of the movie is on the way.

As reported earlier, it has been rumoured that Kurup might go the OTT way, due to the pandemic second wave. However, leading man Dulquer Salmaan and director Srinath Rajendran have not reacted to the speculations yet. The sources suggest that Dulquer might address the reports along with the new update on the movie, this Eid.

Also Read: Kuruthi: The Prithviraj Sukumaran Starrer Is Not Getting An OTT Release

Kurup is based on the life of the notorious criminal Sukumara Kurup. The highly anticipated project marks Dulquer Salmaan's second collaboration with Srinath Rajendran, the director of his debut film Second Show. As per the reports, Dulquer Salmaan will be playing the first out-and-out negative character of his career in the movie. 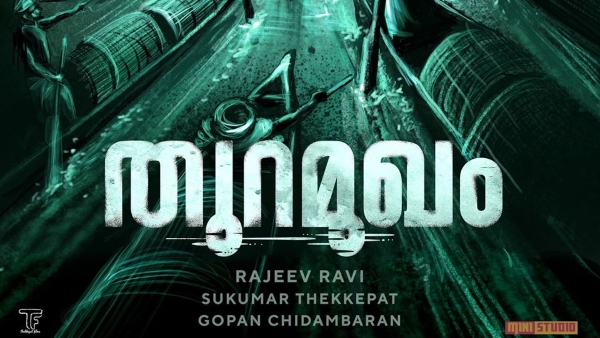 Nivin Pauly's Thuramukham: Official Teaser To Be Revealed On Eid!

The movie is penned by Jithin K Jose, Daniell Sayooj Nair, and KS Aravind. According to the sources close to the project, the team finished the scripting of the movie after several years of research. Kurup features Indrajith Sukumaran and Shine Tom Chacko in the other pivotal roles. Shobita Dhulipala appears as the female lead in the project. The autobiographical drama is produced by Dulquer Salmaan's home banner Wayfarer Films and M-Star Entertainments.